This morning a tristis was calling when I got out of the house with Hickman. It was calling good, but I didn't have camera or telefone on me, so no documentation so far. A quick search afterwards did not produce. May be later...
And yes, I found it back in the afternoon! Only calling twice then, but showing well. 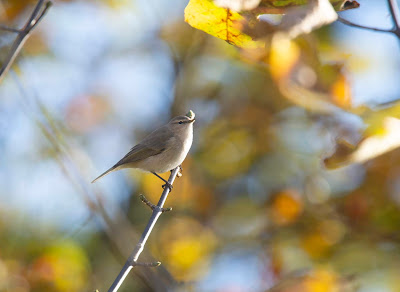 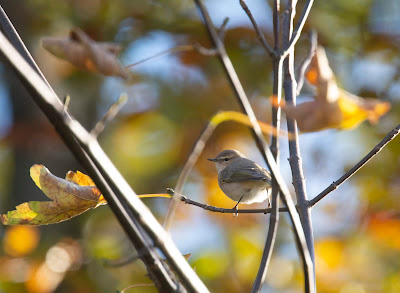 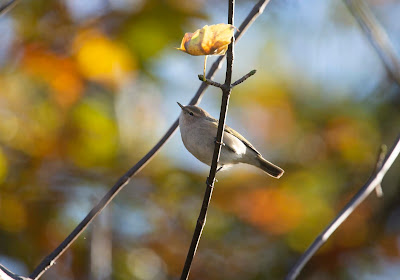 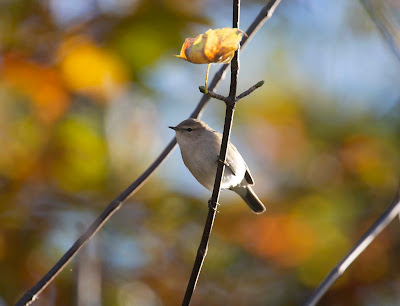 This bird shows all the characteristics of tristis, being a light and grey warbler, with no green and yellow in it's plumage.  Only on the closed wing is a little bit green visible, formed by the fringes of the secondaries. No yellow tones on the eyebrow, a white eye-ring and a faint wing bar are otherwise good characters, as well as the very dark bare parts. The call, which I would describe as a plaintive and high "seep" reminiscent of a down chick, makes the ID safe and sound.
on November 02, 2019
Email ThisBlogThis!Share to TwitterShare to FacebookShare to Pinterest