Pine Grosbeaks on the move

Currently there is a big influx of Pine Grosbeaks going on around Bergen. Yesterday I had 2 flyby's at Herdlevær and today I found a group og 32 birds here in Bergen.
Frode Falkenberg reported 152 birds passing today at Løvstakken. They have to fly over my house as well. Very spectacular!! Below not the best pictures (had to park the car, walk back and had strong light against...), but anyhow, I won't complain.
Last week I had a Siberian Chiffchaff at Turøy, which moved too quick to get decent pictures. It called 4-5 times: the well-known high-pitched and plaintive "pseep"! 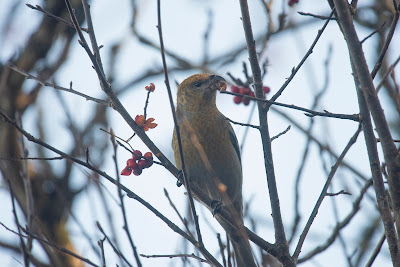 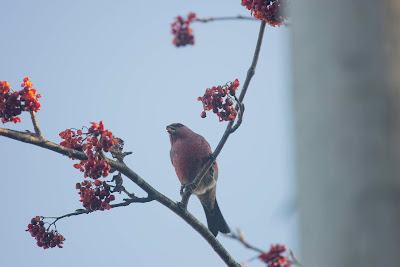 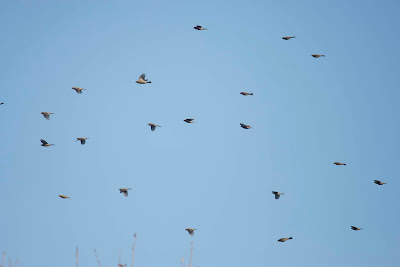 female, male and a part of the group
on October 29, 2019
Email ThisBlogThis!Share to TwitterShare to FacebookShare to Pinterest